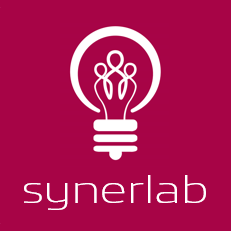 SynerTrade launches “laboratories” to heighten co-innovation with its customers

Milan, May 22th 2017.-  SynerTrade, leading global provider of eProcurement Solutions, has announced the launch of Synerlab, an innovative lab of ideas that will enable customers to actively contribute to the development of the SynerTrade Accelerate platform and to benefit from the growing customer network. The first lab will be launch in Italy.

In a context of “Industry 4.0” and “smart factory” concepts, Procurement plays a key role, being the focal point of collaboration with suppliers, that are an active part in the process of companies’ transformation. The Chief Procurement Officer becomes Chief Value Officer, and is increasingly looking for new ways to manage the relationships and active integration with the world of suppliers.

SynerTrade has taken the challenge, and has decided to “open its doors” to its customers, to build a virtuous growth path together. The birth of SynerLab is one of the keys strategic steps for SynerTrade, which sees collaborative innovation as a new way of doing business.

Synerlab is an “ideas lab” to which customers who already use SynerTrade are invited. It is an active workgroup that is based on three basic pillars: the ability for customers to propose innovative ideas that will be included in the product roadmap, sharing of virtuous use models of SynerTrade technology, early knowledge of the innovation that will be introduced into the platform.

In these two years of intensive work for the development of the Italian branch, I was really lucky to see things from a privileged point of view. On one hand, I understood the needs of customers, actively participating in the launch of Procurement projects in more than 15 Italian companies – one every two months – and talking with CPOs illuminated with different needs from a functional and organizational point of view. Each of them had at least a brilliant idea of using the modules of our Accelerate platform creatively. On the other hand, I’m part of the SynerTrade Board, and I’m lucky to see the product innovation coming in the next months and years
Sergio Perego, Country Manager for Italy at SynerTrad

Synerlab will allow customers to access this world of “ideas” in a collaborative way. For example, each participant will be able to share his platform’s innovative idea and access a “knowledge base” to find new ways in using Accelerate: from integration with external systems already implemented by other customers, to simpler things like exchanging questionnaires or sourcing grids. Customers will also be able to offer new features that can be included in the development roadmap in a free way.

SynerLab will also be developed in other countries, completing the user clubs already in place in Germany and in France. An annual international meeting is also planned to further broaden the horizons of knowledge: the first one will take place in Munich on the 15th of September, during the “SynerTrade Product Innovation Day 2017”. Stay stunned!