New York, November 2nd 2017.-  The innovating leader in Digital Procurement Solutions is welcoming two new faces to its membership to help developing its activities in North America and support its worldwide customers.

SynerTrade continues to make tremendous steps towards a growing North American market as Edward Bauer joins as VP of Sales and Brenton Walton joins as Head of Business Development & Marketing. The Source to Pay, Supplier Relationship Management, and Purchasing Intelligence leader in North America has now added to its members two recognized experts in the Digital Procurement field to go along with its 650+ customers base, and to support its international development and the conquest of new markets.

As SynerTrade recently announced the onboarding of David Natoff, as Special Advisor, formerly Head of Procure to Pay at Google, SynerTrade is strengthening its position and realizing its ambitions in the North American market by onboarding its two new talents in its management team. With the group’s excellent results in the past years, the recognition by leading analysts like Gartner and Spend Matters, the support of its international ecosystem of partners, and the Econocom Group’s operational support, SynerTrade now has everything it needs to achieve its targets in the North American market for the next three years.

Prior to joining SynerTrade, as a VP Sales North America, Ed Bauer held a number of leadership positions in the Digital Procurement and new technologies market.As a true businessman, Ed has taken part in the management and the commercial development of several start-ups and high-tech companies. In particular, two of its companies were acquired by EMC. In the past years, Ed has – among others activities – managed the North American operations of Proactis, a specialist in Digital Procurement solutions.

We were recommended Ed by some members of the team at Gartner as the perfect person to develop our sales initiatives here in North America. His long sales experience, his knowledge of the Purchasing sector and Digital Procurement solutions, as well as the exceptional results he has shown in his previous activities, give us the confidence in his ability to make SynerTrade one of the leaders on the North American market. Ed is a key player in the success of our development strategy and the entire team looks forward to welcome him and learn from his expertise and leadership qualities
Rainer Machek, SynerTrade Executive Vice President

Brenton, the new Head of Business Develoment & Marketing North America, was previously the Global Lead of Procurement at Marcus Evans and ran their San Diego office. His position allowed him to work closely with a large number of Fortune 500/1000 CPO’s, CFO’s, CIO’s, and COO’s conducting private events where he arranged and matched solution provider companies such as SynerTrade with Enterprise C-suite executives looking for help in specific categories. With that role, it allowed Brenton to not only build a relationship with SynerTrade and all major procurement tech companies, but to work hand in hand with a large number of the Fortune 1000 CPO’s here in North America that have used him to pick out technology and consulting providers based on their desires. That’s why he was able to build and run a real network focused on the SaaS technologies applied to Procurement and Finance.

We were introduced to Brenton a year or so ago by recommendation. Brenton has appeared to us as the best person we need to develop the SynerTrade brand on the North American market and manage our partners and Digital Procurement experts. Brenton is the talent we were looking for to promote our brand, make our products known and run a real network of Procurement experts around our solutions. With the help of such an asset, we would like to go to the next level of communication and make SynerTrade the main key player in the Digital Procurement market here in North America.
Vishal Chouhan, SynerTrade VP North America 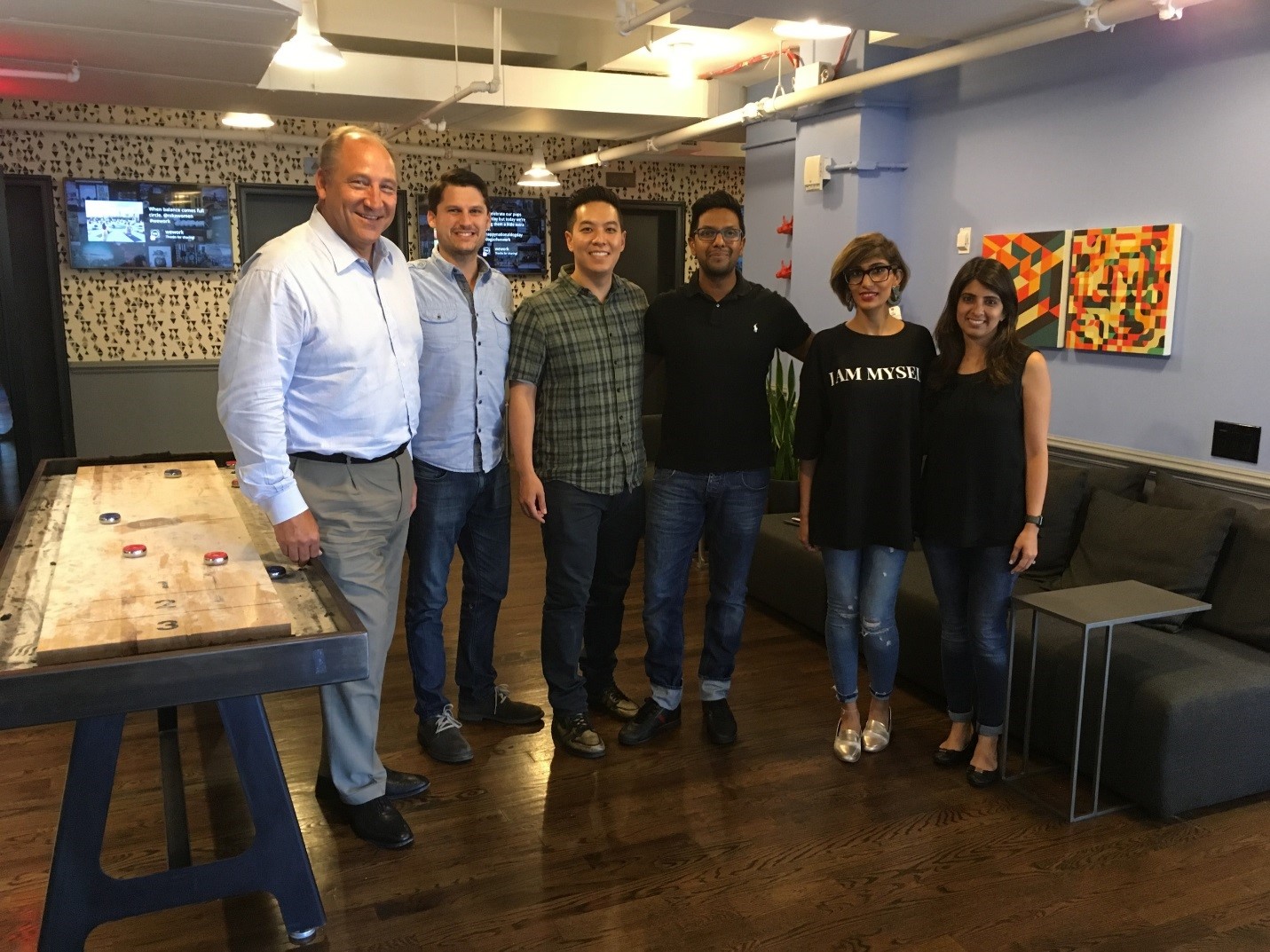 Edward Bauer and Brenton Walton on the left, in the SynerTrade New York office.